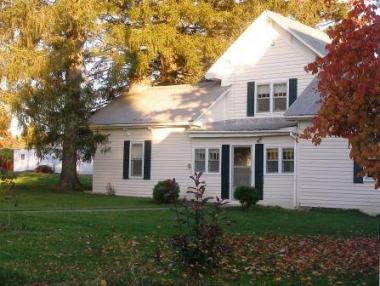 In 1925, after moving from Friar’s Hill, Greenbrier County, William Thomas and Sophia L. Walker leased this house after they bought the general store next door. They officially purchased this house, built in the early 1900’s from Samuel and Lucy Sheets in March, 1930 and made it their home until 1958. It was purchased by Harry and Mary Starks, who lived here many years. Gary Hollandsworth is the current owner. 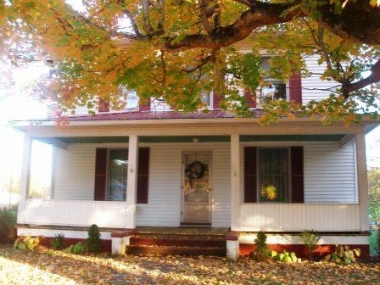 Built circa 1920, and situated on the former site of the old Academy School, Archie F. and Kathleen Walker moved from an apartment over the Walker’s General Store, and purchased this house from the owner A. C. Stillwell in May, 193. Here they raised three children: Thomas, Janice, and John. Thomas and John Walker are the current owners. 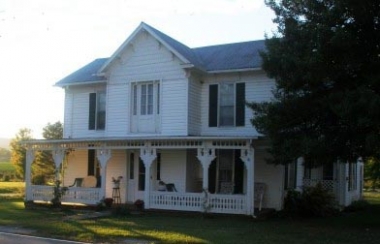 This Greek Revival style house was built in 1879 by Asbury Smith. The house is located on US 219. Asbury Smith was an undertaker and carpenter. The building beside the house was used to build the caskets, Old recordsm show that Asbury Smith built 893 caskets between 1880 and 1933. The prices range from $1.00 to $185.00.

Legend Says that young men of the area were known to "steal" and hide his hearse on Halloween. One year Mr. Smith was hiding in the conveyance. After the boys pulled the hearse some distance, he said, "You can take me back home now, boys." It is said that the boys wasted no time getting home-without Mr. Smith or his hearse.

Mr. Smith had two children: Roberta Dice and Paul. Miss Dice lived her life in this home. She taught school in Hillsboro until her retirement. Mr. Smith was considered to be one of the finest builders in the area.

The deed went on to state that all the tracts were willed by John Jordin to said Abraham and Franklin Jordin. John Jordin (Jordan) is listed as one of the settlers in the Hillsboro and Mill Point areas prior to 1800.

This Federal Period home (circa 1840) on US 219 South Hillsboro was built by Joseph Beard. General Averell used this house as one of the hospitals following the Battle of Droop Mountain. Mrs. Nannie Beard cared for the injured soldiers. The original rooms were 20’ by 20’ and there were four double beds in the rooms for the wounded. The back section of the house was added after the Civil War. The old kitchen was log and Roman Numbers were discovered on the logs when the house was remodeled.

The Lee McLaughlin family lived in the house in the early 1900’s. Many people boarded in this home to attend school at the Academy and Hillsboro High School. Ralph H. and Myrhl (Killeen) Burns moved to the home in 1943. Ralph established a trucking and construction business in Hillsboro. The Burns’ remodeled the house to the present structure. Patricia (Mrs. Eugene Brown) and her brother William Richard (Dick) Burns were raised in this home. Mrs. Myrhl Burns was very active in the community and church activities. Dick and Ruby (Hodges) Burns and their son Ralph Warren own and operate the family business. The present owners of the home are Eugene and Linda (Foe-Widney) Simmons and their family. Gene is an attorney and Linda is a WVU Extension Agent in Greenbrier County. Their children are: Amy Widney, David, Dustin, and Daniel Simmons.

The home place of George P. and Sophia Sallie Hill was located along Route 219 and extended to the Denmar Road. The home was within the Hillsboro town limits. The three story white frame house had a cellar and porches across the front and back with a woodshed and smokehouse attached to the rear porch. They moved there in April, 1918 and lived there until 1950.

George Bartholomew built this house for his brother who lived there until about 1939. Oscar and Ruth Miller bought it and lived there about three years. Tom and Betsy J. Edgar bought it when G.T. was about 8 months old. The house was about 25 years old at this time. It has beautiful built-in oak cupboards, window seats, archway and mantel. Betsy’s father, Robert S. Jordan, who owned a planning mill at that time, told her this oak lumber was planned through his mill. Preston and Iva White bought the house about 1959.

This home on US 219 was originally built as “Holtz House”, a hotel owned by Edward I. Holtz. The Eastlake style house was built 1892-1894. A construction company from Huntington was hired to build the house. The contractors were unable to decide how to complete the stairway. The expertise of Asbury Smith was needed to construct the beautiful stairs in this house.

The house that was originally built as a hotel is once again open to receive guests. In 2001, Gene and Leah Burford restored the house and opened Hillsboro House Bed and Breakfast. 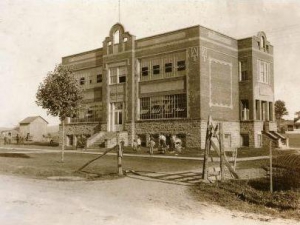 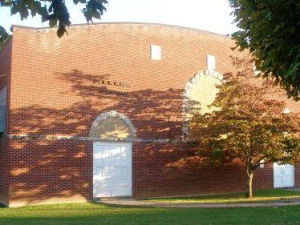 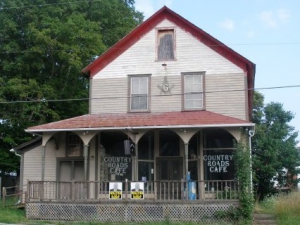 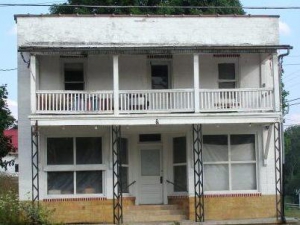 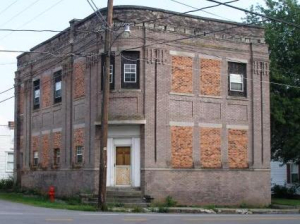 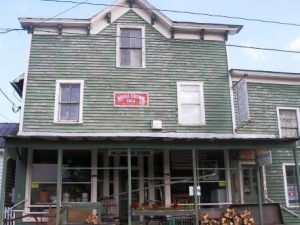