Many of Pocahontas County's attractions are located near Hillsboro. From historical locations to state parks and one-of-a-kind vistas, Hillsboro is a perfect place to both visit and start from on your treks about the area. 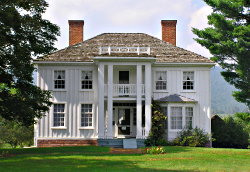 The Birthplace of Pearl S. Buck—perhaps Hillsboro's most popular attraction—stands in loving memory of the woman who helped shape the 20th century through her writing, her efforts, and her example. Built in 1857, the house serves as a museum with original family furniture and other personal belongings. 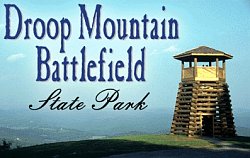 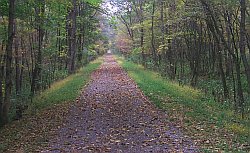 The Greenbrier River Trail is operated by West Virginia State Parks. The trail is 78 miles in length, yet has many access points along its run—including two in the Hillsboro vicinity. Trail uses include bicycling, backpacking, cross-country skiing and horseback riding. A packed, crusher run surface coupled with a mere 1% grade creates an ease of riding that allows cyclists young and old to enjoy the many breath-taking views. The trail follows alongside its namesake river for most of its length, offering countless opportunities for swimming and fishing. 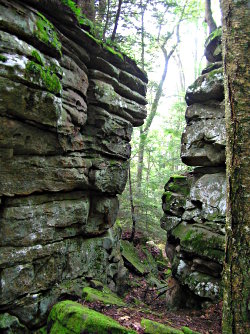 Beartown State Park is a natural area of 107 acres located on the eastern summit of Droop Mountain south of Hillsboro. Filled with massive, fragmented boulders, nearly vertical cliffs and deep crevasses, Beartown captures the attention and imagination of all its visitors. Development of the park has been minimal in order to preserve the natural attractions of the area. However, basic facilities are provided, and a boardwalk permits easy access. Interpretive signs along the boardwalk guide visitors and provide insights concerning the ecology of the area. 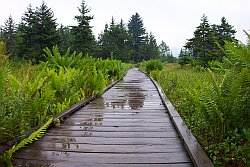 The 750 acre Cranberry Glades Botanical Area is close to Hillsboro and boasts the largest collection of bogs in West Virginia. Bogs are acidic wetlands more commonly found in the northern United States and in Canada. The Cranberry Glades is home to plant and animal life similar to that found in the bogs or muskegs of the north. This life spread southward with the changing climatic conditions that allowed glaciers to creep across the northern part of our continent. Several species ended their migration here, and the Cranberry Glades are now the southern-most point in North America where some of these life forms are found. 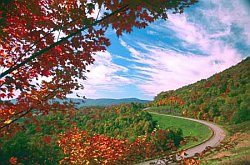 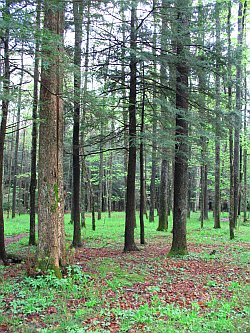 The Monongahela National Forest covers the bulk of Pocahontas County. It was established following passage of the 1911 Weeks Act, which authorized the purchase of land for long-term watershed protection and natural resource management following massive cutting of the eastern forests in the late 1800s and early 1900s. The forest is a recreation destination and major tourism attraction, hosting approximately 3 million visitors annually. 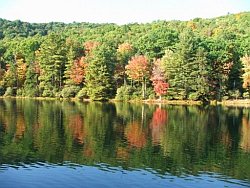 Watoga State Park is located in the mountains of Pocahontas County very near Hillsboro, West Virginia. The park has over 10,000 acres and provides recreational opportunities including hiking, swimming, fishing, and boating.

The Little Levels Heritage Fair is always held on the last full weekend in June to coincide with the birthday of Pearl S. Buck. The fair celebrates the area's heritage through differing themes each year. Features include kids' games, music, food, handmade crafts, parades, a rodeo, and a writer's workshop held at the Pearl Buck Birthplace. 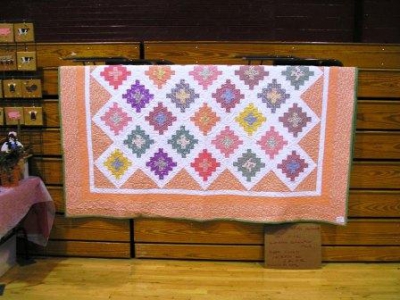 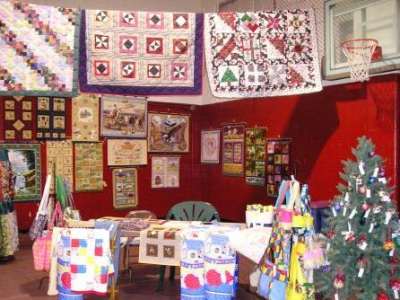 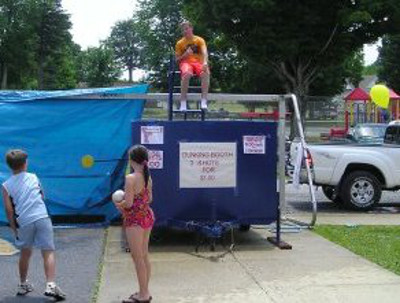 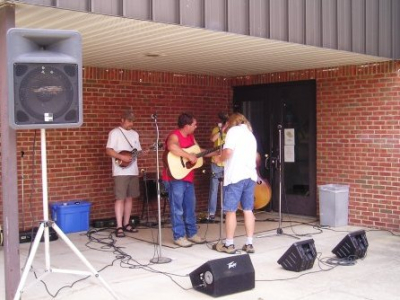